IS THERE A NAVIGABLE PASSAGE THROUGH THE ARCTIC ?

Starting in the 16th century, seamen kept seeking a sea route that would allow them to reach Asia without having to go around Cape Horn. They hoped to find a North-West Passage across the top of Canada or a North-East Passage to the north of Russia. It was the search for these sea routes that motivated Arctic exploration. And this exploration took a heavy toll of human life: in 1845, the Erebus and the Terror disappeared together with the 134 men under the command of John Franklin. The first to find a way through the NE Passage was the Swede Nordenskjold aboard the Vega in 1878-1879, and the NW Passage was finally opened up by the Norwegian Amundsen in the Gjoa (1903-1906).

DISCOVERY OF THE ARCTIC DRIFT CURRENT

In July 1879 an expedition aboard the vessel “La Jeannette” passed through the Bering Strait hoping to reach the North Pole. In June 1881, the vessel was crushed by the ice. Three years later, Eskimos found the wreckage on the south-west coast of Greenland, 5,000 kilometres from where the vessel was wrecked. This was the first indication of the existence of a transpolar current.

NANSEN AND THE “FRAM”, TRAPPED IN THE ICE ON PURPOSE

In 1893, the Norwegian explorer Fridtjof Nansen became the first to use the Arctic Drift in an attempt to reach the North Pole. His vessel, the “Fram”, was specially designed to resist the pressure of the pack ice. Once trapped in the ice, the ship drifted for 3 years before being released by the ice to the north of Spitsbergen, but without drifting to the Pole. In 1937, the Russian Ivan Papanin set up the first scientific station on the drifting ice pack at the North Pole.

OVER THE ICE TO THE POLE

In 1908 and 1909, two Americans, Peary and Cook, each claimed to have reached the North Pole. After years of investigation, America’s National Geographic Society finally declared that it was Peary who had made it to the Pole. Cook was quickly discredited but doubts remain about the speed with which Peary and his team claimed to have made the journey from northern Canada to the Pole and back.
By the time Jean-Louis Etienne reached the North Pole solo pulling his sled, on 11 May 1986, only six expeditions had reached the pole “overland”: Ralph Plaisted (USA, scooter, 1968), Wally Herbert (UK, dog sled, 1969), Uemura Naomi (Japan, dog sled, 1978), Ranulph Fiennes (UK, snow scooter, 1979), Dimitri Shparo (USSR, skis, 1979), four Finns (skis, 1984) and Will Steiger (USA, dog sled, 1986), whom Jean-Louis Etienne was to meet en route to the pole.

THE POLE BY AIR

The first attempt was made by the Swede Andrée and two crew members aboard the Ornen (Eagle), a hydrogen balloon that took off from Spitzbergen in July 1897. There was no news of them until the discovery of their burial site by a sealer on the White Island (Svalbard) in 1930 (33 years later), an island they had reached on foot after running aground on the ice floe two days later. On August 15, 1909, the American press owner Wellman attempted his third flight towards the Pole (1906 and 1907) aboard the America, a flexible airship 57 m long, assembled and inflated with hydrogen in a hangar built in Spitsbergen at the same place where Andrée had taken off. It flew only a few hours and was forced to be abandoned.
On May 9, 1926, Admiral Byrd and his partner Floyd Bennett took off from Spitsbergen and returned earlier than expected (with an oil leak), declaring that they had reached the North Pole. Doubts persist about this success. The same year, Amundsen was the first man to fly over the North Pole on May 12, 1926, aboard the airship Norge under the technical responsibility of the Italian engineer Nobile who designed the aircraft. In 1928, Nobile ran aground on the ice floe aboard the Italia. Amundsen disappeared with the plane that was rescuing him. 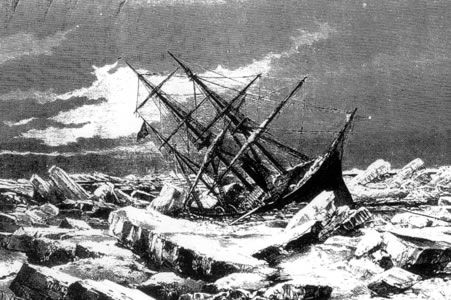 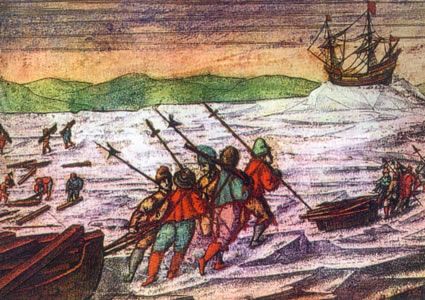 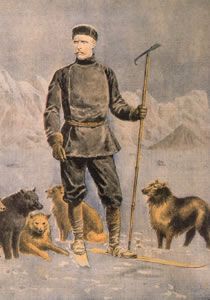 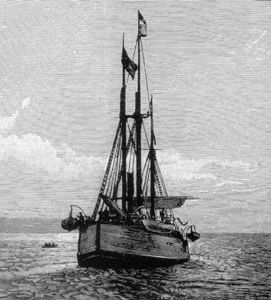 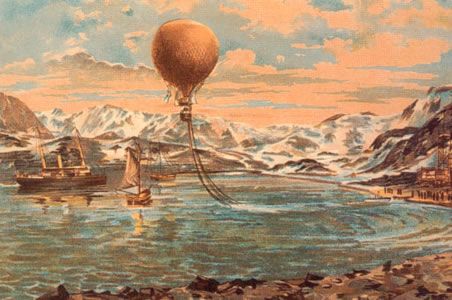 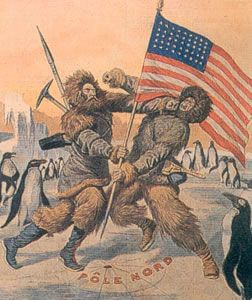 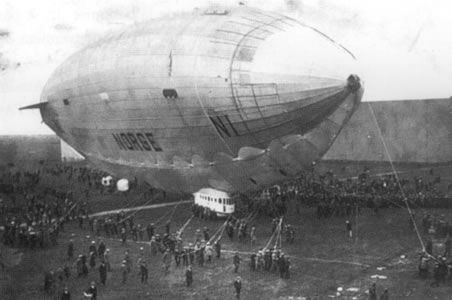 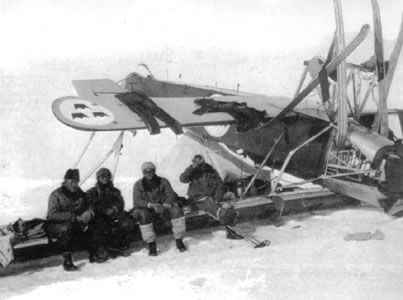 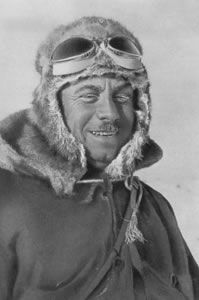 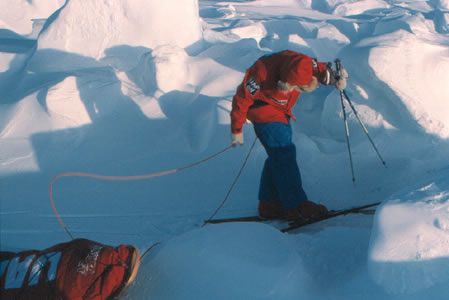 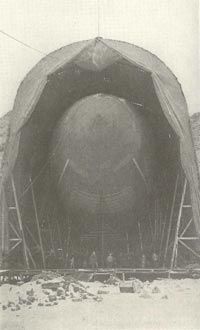